Menu
Get a quote

TAICNC is a leading CNC lathe manufacturer and supplier in China, with more than 20 years of CNC machine manufacturing experience, our inclined bed CNC lathes are widely praised by customers worldwide.

Slanted bed CNC lathe has the characteristics of high speed and high precision. It can complete various tasks of turning, milling and drilling in one clamping. It is an essential machine for precision parts processing. Can greatly improve your processing efficiency.

Get a Quote
Product Catalog

Slanted bed CNC lathe is one of the core products of CNC, with the characteristics of high precision, fast speed and strong turning ability.

Slant bed CNC lathes have powerful turning capabilities and are widely used in various precision manufacturing. Complete turning and milling work in one clamping. It is the necessary CNC lathe for you to improve production efficiency. Currently on sale at manufacturer’s price.

Why is TAICNC slant bed CNC lathe so popular?

TAICNC is an expert in the manufacture of slant bed CNC lathes. Each lathe is cast from the finest foundry materials.

In the design, the actual processing needs are fully considered, and the best structural design is adopted to improve the precision and stability of the slant bed CNC lathe.

TAICNC slant bed CNC lathe is easy to operate, as long as you have operated CNC machine, you can get started quickly. We cooperate with the best CNC controller manufacturers in the market today to provide customers with a variety of economical CNC controllers for customers to choose from. 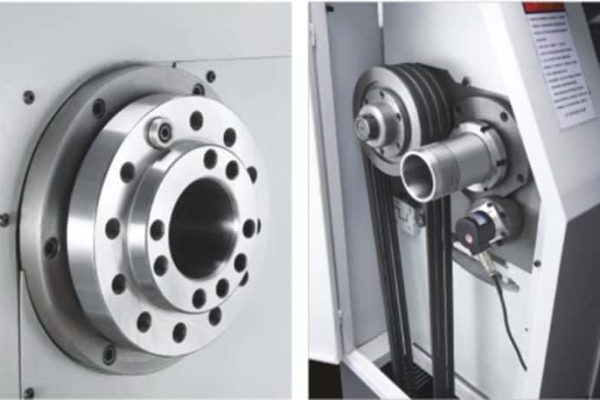 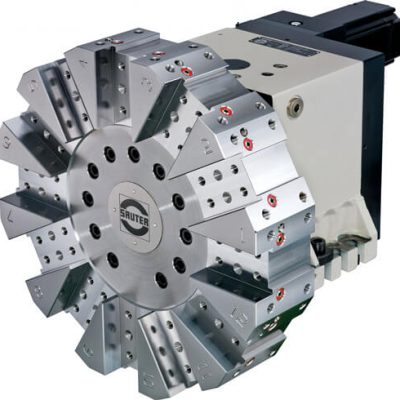 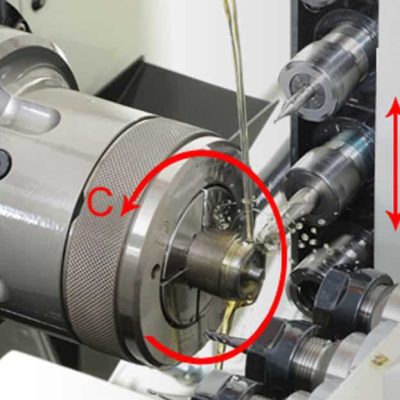 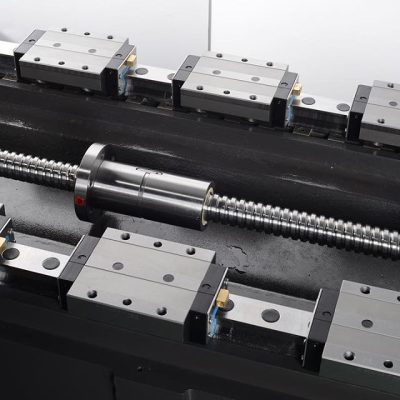 A variety of CNC controllers are optional 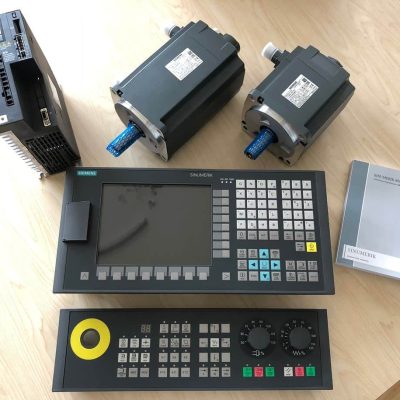 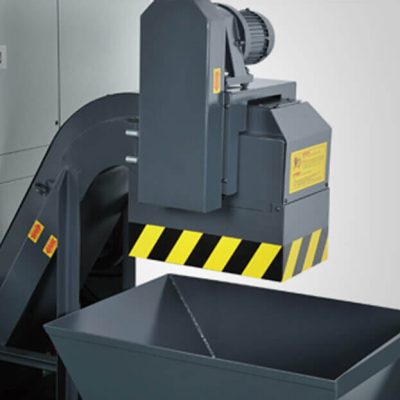 Get a slant bed CNC lathe machine from the Manufacturer

Our slant bed CNC lathe machine are designed according to international standards and delivered to customers with guaranteed quality and perfect after-sales service.

In 2017 we purchased a double column machining center from TAICNC Machine. Included in the package was a fourth axis, through spindle coolant and chip conveyor.All the control equipment and servo motors are Fanuc.We have been more than satisfied with both the machine and the level of after sale service shown by TAICNC technicians.We would have no hesitation in dealing with Zhou and his team again.
Aaron BottomleyFrom: Australia
We at Latek Ltd. have been using CNC Vertical Machining Center products for over 6 years. We note that their machines are considered the gold standard for heavy machinery. TAICNC Machines specializes in metalworking machinery and cutting tools. The company offers affordable CNC machines with optimum performance and reliability. We will continue to work with them.
Latek LtdFrom: Ukraine
We have been working with TAICNC machine for 3 years, at first we just tried to buy a turning center and got very good feedback, stable performance and high accuracy. We purchased dozens of turning centers from them over the next 2 years. TAICNC's technicians are also very professional. In the future, we will continue to cooperate with TAICNC for a long time in the field of metal cutting.
AlexanderFrom: Russia
Previous
Next

A CNC lathe is not a simple machine, and the manufacture of a qualified CNC lathe requires the support of a large number of suppliers.

TAICNC has established a good cooperative relationship with many well-known suppliers around the world, and we can get their quick response in the supply chain, so that we can quickly deliver CNC lathes to customers. And we stock a large stock of spare parts, so when something goes wrong and needs to be replaced, we can respond quickly and fix the problem.

1. What is a slant bed CNC lathe machine?

Do you know about slant bed CNC lathe machine?

CNC is an acronym for computer numeric control and refers to a machine operated by a computer system.

2. What types of slant bed CNC lathe machine are there?

There is basically no difference in the structure type of the slant bed CNC lathe.

However, there are many different types in practical applications, which are embodied in functionality, number of tools, and number of axes, as follows:

3. How does a slant bed CNC lathe machine work?

CNC turning is used to produce parts by cutting or milling materials, such as metal or plastic.

It can be used to create components with complex shapes, such as gears and shafts, and it can also be used to shape the surface of a material, such as when creating a hole in metal.

CNC turning can be done on a lathe machine, which is known as CNC lathes.

A CNC lathe machine consists of a bed where the workpiece sits, and an axis around which this workpiece rotates while being worked by tools located at different points on the axis.

The toolpath for each operation is programmed into the machine using software called G-code—a type of programming language that tells the machine what operations to perform on each point in space over time according to defined parameters such as speed, feed rate, and depth.

Row knife CNC lathe is a kind of slant bed CNC lathe, which is a unique series in China.

Its knives are independently installed and arranged on the workbench, as shown in the video.

Usually 8pcs tools can be installed, and tools such as chucks can also be installed to automatically take out the workpiece.

Row knife CNC lathe has been favored by customers for its cheap price and high efficiency over the years.

The first and fifth groups are used for turning the outer diameter, and the second, third and fourth groups are mainly used for cutting, chamfering and cutting off the workpiece.

This automatic lathe has a simple automatic feeding mechanism, and its bar material does not exceed 3 meters at a time. Automatic feed, automatic stop and alarm during processing.

Row knife CNC lathe comes with 5 knives, 2 positions or 1 tap and 1 die. Tapping, milling, lath, rolling and other processing can be performed at the same time without manual operation. Complex parts can be synchronized with the processes of outer circle, spherical surface, conical surface, arc surface, step, grooving, rolling, drilling, tapping, toothing, and cutting, and the entire process can be processed at one time.

5. What is a turret CNC lathe?

Unlike the Row knife CNC lathe, the turret CNC lathe has no workbench.

Among them, the turret is directly installed on the Y axis of the CNC lathe.

What you need to know is that the turret CNC lathe is currently the most popular slant bed CNC lathe.

Usually the turret CNC lathe can be installed with 8-10pcs tools, which can realize turning, milling, drilling and other tasks in one clamping.

The rotating turret eliminates the need to halt the process and change the cutting tool of lathe to perform different machining operations, thereby improving productivity.

6. What are the benefits of a slant bed CNC lathe?

When you use a slant bed CNC lathe, you will find many benefits, as follows:

The slant bed CNC lathe is controlled by a CNC controller and equipped with a servo motor, which enables the flat bed CNC lathe to complete more precise machining and reduce errors.

For example, the turret lathe can complete drilling, milling, tapping and other processes, and the inclined bed CNC lathe is more scalable.

7. How much is the price of the slant bed CNC lathe?

Slanted bed CNC lathes are not cheap machines, but rather a long-term investment.

Therefore, the price of CNC lathes with slant beds is a matter of concern to everyone.

There are many factors that affect the price of CNC lathes with slant beds, as follows:

You may find many cheap Chinese-made CNC lathes on the Internet, but remember not to be blindly greedy for cheap, all cheap is based on the premise of sacrificing quality.Turret CNC lathe

8. How to choose the right slant bed CNC lathe?

It is particularly important to choose a suitable slant bed CNC lathe.

This largely depends on the following key considerations:

If you are looking to buy a slant bed CNC lathe, please contact us. Even without cooperation our experts can give you some good advice.

TAICNC is a famous CNC machine brand in the Chinese market. With experience in manufacturing field and strength of technical line, excellent team of engineers, skilled technical workers and rich customer partners in many fields, we are always in the leading position in service quality and price.